Top Three Spooky Spiders in Utah May Not Be So Scary

Spider encounters in Utah increase in the fall as spiders near the end of their lives and search for mates and lay egg sacks. These behaviors often occur indoors, causing more spider encounters and increasing the number of unnecessarily feared or killed spiders. While it’s true that there are spiders of concern in Utah, from an arthropod diagnostician’s viewpoint, people do not need to worry as much as they seem to.

Spiders are highly beneficial to the environment and people. They are predators of insects and are also an excellent food source for those insects and wildlife that we appreciate more readily, such as praying mantises, birds and mammals. The vast majority are also unaggressive and can even be considered docile. They come in a wide array of colors and shapes, and their diversity in ecology and behavior is truly incredible. So perhaps they should be appreciated more than feared.

The three spiders we seem to fear most are hobo, black widow and brown recluse spiders. These are somewhat larger and generally have negative reputations, but it’s important to discuss their status as a health pest and parse out the things that cause fear and concern.

Hobo spiders are funnel weavers and are abundant outdoors but can also be found in homes in the fall. They have received negative attention over the years because of the documentation of their venom-causing necrotic lesions in humans. But study after study now suggests that their bites do not cause necrotic lesions. Hobo spiders are docile, do not like to bite, and will likely run away when disturbed. Due to emerging evidence, the Centers for Disease Control (CDC) has removed the hobo spider from the public health pest listing. 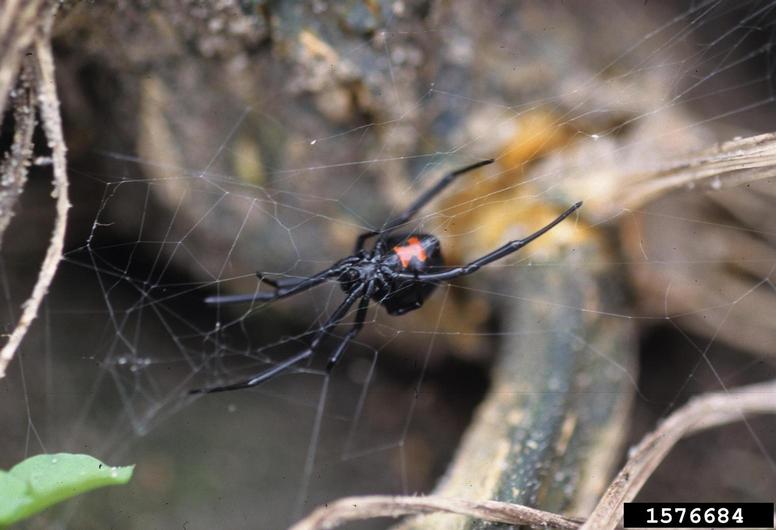 There are more than 30 species of black widows in the world, but only five are found in the United States. It can’t be disputed that their venom can pack a punch. However, it is challenging to label these spiders as “deadly,” and the odds of experiencing severe or life-threatening complications from a bite are small. These spiders are docile and are more likely to run away than bite. You are unlikely to require treatment if you do receive a bite – which is only likely if you disturb it or it is defending an egg sack.

In a review of the National Poison Data System, of 23,000 black widow spider exposures from 2000 to 2008, 65% of patients received minor health effects and required no treatment, 33.5% had a moderate impact that required treatment, and only 1.4% experienced significant effects. No deaths were reported. In addition, the report only generated information from cases where health effects were seen. Likely, countless other black widow spider bites resulted in no health effect at all, or there were cases where the receiver did know they were bitten. Black widow spiders seem to be misunderstood, are docile, and at most, you will have a bad day if you are bitten. But it is still important to use caution. They are listed as a public health consideration by the CDC for a reason. However, that does not mean we need to fear major complications or the spider itself.

It’s most common to find black widows under woodpiles, in empty flowerpots and other dark, protected structures. Be cautious when putting your hands in these areas, and you can likely avoid them altogether. 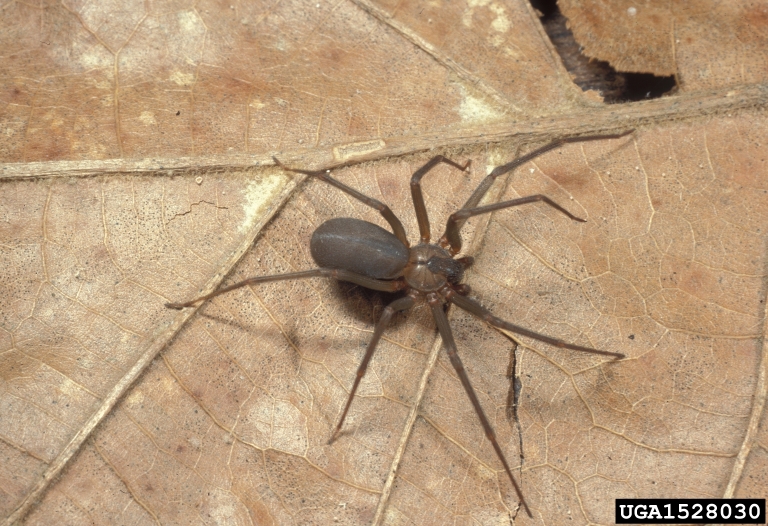 We’ve all heard stories of skin necrosis from brown recluse spider bites. And it’s true – the venom can cause skin lesions that require medical treatment. Otherwise, a bite will likely cause localized pain, swelling or blistering. These spiders only tend to bite if they have no other option. They are fast and timid and will run before deciding to bite. The good news is that brown recluse spiders are not found in Utah. They are considered a “brown spider,” with 11 species found in the United States. Only one species of brown spider has a range that possibly includes the southwestern tip of Utah. Brown recluse spiders can hitchhike in shipped items or vehicles, but the odds of finding one or one of its relatives in Utah are small, and the risk of a bite is also minimal. So, all things considered, brown recluse spiders are hardly a spider of concern in Utah.

Overall, spiders in Utah carry a very low risk when you consider their abundance, presence and behavior. The only way to confirm the identity of a spider if you have been bitten is to collect the spider and have it identified by a professional identifier or entomologist. You can rarely identify spider bites based only on symptoms, especially if the bite marks are no longer visible. If you are experiencing a reaction to a bite or have symptoms that mimic a severe bite, seek medical attention.

Prevent Your Carved Creation from Becoming a Fungal Fiasco

Carving pumpkins into jack-o’-lanterns is an art form that comes in all shapes, sizes and levels of difficulty. The final product (usually) makes the pumpkin carvers proud and anxious to display their work. However, often just a few days later, the pumpkin creation may start to wither and rot, and eventually, mold will take over. Why does this happen?

When you carve a pumpkin, it exposes the insides, making it more susceptible to infection through air flow. The environment (temperature, sunlight, etc.) can also be a factor in the pumpkin’s quality.

Molds are a fungal micro-organism that have the potential to live everywhere. These fungi release tiny, lightweight spores that allow them to travel through the air. They can then infect and cause carved pumpkins to shrivel, soften and start to grow fuzzy, grey mold. Some common interior molds include Cladosporium, Penicillium, Aspergillus and Alternaria.

Consider these methods to help preserve your carved pumpkin:

10 Things You Should Do Before Saying “I Do”

Being in love is exciting and wonderful, and for some people it’s easy to get caught up in the whirlwind of romance. Many people spend more time planning for a wedding than they spend planning for a marriage. Before deciding to tie the knot, consider these tips to help create a more happily ever after.

For more information and class schedules on relationships, visit HealthyRelationshipsUtah.org.